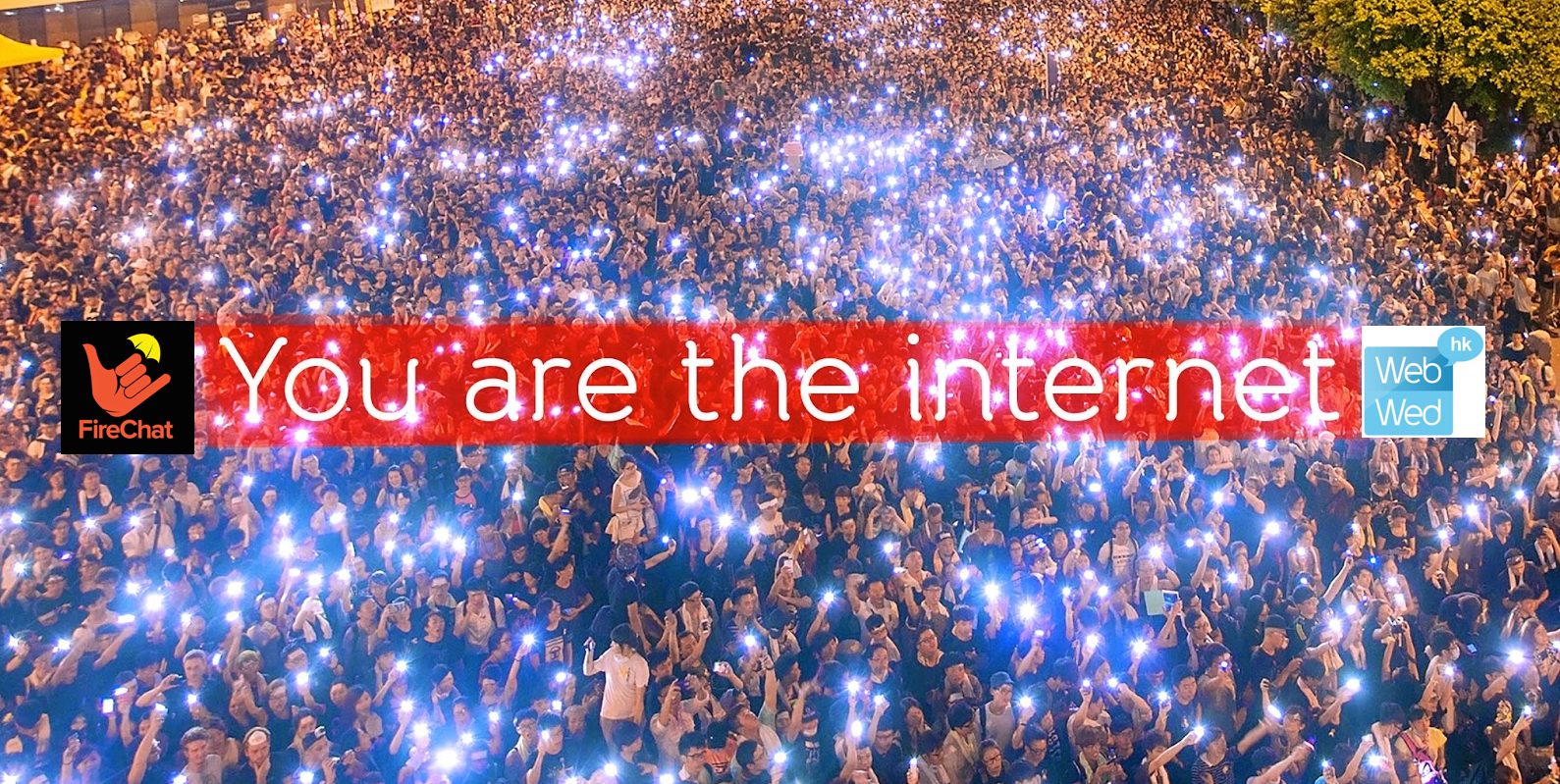 Have you heard of FireChat? It’s an anonymous messaging app from the San Francisco startup Open Garden. Users can communicate anonymously via chatrooms, something potentially more powerful than Facebook was to the Arab Spring. How are people around the world using the technology? According to Bloomberg, supporters of Alexey Navalny, Putin’s opposition leader in Russia, are organizing protests via FireChat per Navalny’s recommendation while he is under house arrest. Navalny used FireChat to announce his arrest as well. People in Iraq, Hong Kong, and Taiwan have all used the app during times of unrest or protest this year when wireless networks went down.

There is a region of the internet where people browse anonymously via Tor relays (encrypted connections). It is known as the Deep Web, Dark Net, and the Onion Net. It is no surprise that the Deep Web is a hotbed for illegal activities with the tools of anonymity and cryptocurrency like Bitcoin. In November 2013, the site Silk Road was taken down after the arrest of owner Ross William Ulbricht (“Dread Pirate Roberts”) in San Francisco, California for suspected drug trafficking. The case outcome could impact online anonymity from the Deep Web all the way to Bitcoin if (1) Tor is not as secure as previously thought and (2) the NSA is able to search without warrant via broad claims. Bitcoin is being hailed as a global decentralized currency. In China, USD-BTC (Bitcoin) surpassed the US dollar as the dominant trading currency at the end of 2013 and accounted for more than 70% of trading volume. Japan wants to be the most Bitcoin friendly country. A change in regulation of anonymous currency could have a large ripple effect in global currency. Ulbricht’s trial for Silk Road is scheduled for January 5, 2015. The prosecution witness will be announced January 2, 2015.

Telemedicine will continue making its way into American health care in 2015. The trend is to reduce the cost of care by implementing technologies such as virtual office visits, remote surgery, and virtual monitoring. The drive in increased technology for decreased cost can certainly improve medicine in rural areas globally.  The regulatory climate is ripe for technological advances as the Centers for Medicare and Medicaid Services (CMS) approved provisions for 2015 which improve access and reimbursement for telemedicine services. Check out www.mdlive.com as an example.

Nanorobots built with molecular DNA will begin human clinical trials in 2015 to treat cancer. Dr. Ido Bachelet (Mina and Everard Goodman Faculty of Life Sciences and Institute of Nanotechnology and Advanced Materials) has led a research team that will inject nanorobots made from molecular DNA that are able to identify and kill cancer cells into patients. This is not expected to affect healthy cells. According to the London Jewish Chronicle, a dozen types of cancer can currently be recognized by the nanobots including leukemias and solid tumors and eventually may help repair several spinal chords. The first human clinical trial will begin in 2015 on a human patient with late stage leukemia. The patient will be given DNA nanobot treatment which is expected to remove the cancer within 1 month. Without it, the patient is expected to die in the summer of 2015. Any questions?

The US Committee on Science, Space, and Technology recently held a hearing on December 11, 2014 on the future of nuclear energy. See the webcast here. In December 2014, Congress approved a Fiscal 2015 Appropriations Bill that is largely positive for the research and development of nuclear energy including the next generation of small reactors. In the midst of the backlash from the Fukushima nuclear reactor meltdown, nuclear energy remains an important source of energy in place of fossil fuels until renewables can meet demand for large countries like the US, India, and China. German coal use in 2014 was at its highest levels since 1990 despite the growing use of renewables due to the closure of nuclear energy facilities. See the Raw Science series about Dr. Frank Shu’s work on renewables and salt molten thorium nuclear reactors. Nuclear energy will be an important topic in 2015 in terms of the cost of scalable, carbon-neutral energy.   Cover Artwork: Digital Art by Staszek Marek

The “Bionic Eye”, created by Dr. Joseph Rizzo and Prof. John Wyatt, is aimed at restoring sight to patients who suffer from degenerative blindness….